“Two very important aspects in making a successful 3D platformer are controls and camera angles, and these two were as perfect as they could get.” – Examiner.com 2016

Skylar & Plux: Adventure on Clover Island is a single-player action-platformer game for PlayStation 4, Xbox One and PC. The game embraces a vibrant colorful world of 3D platforming, following the best traditions of the third-person platformer genre. It sets two unlikely heroes on an adventure to prevent the villainous CRT from conquering their home and turning it into a wasteland. Together they will explore lush beaches, an active volcano, a freezing mountain and a merciless desert while collecting powerful upgrades in order to fight CRT and his henchmen.

This a project I made at the studio Right Nice Games that we founded in November 2015. This project initially started as a school project but after it won Swedish Game Awards in the categories Best Execution in Art and Game of the year the group decided to take the game to the next level and release it commercially. That’s when they asked me to join the team and I became lead programmer, scripter & designer for the project. The game was awarded the Unreal Development Grant by Epic Games in May 2016.

The whole game was created using Unreal Engine Blueprints. Since I was the only full time programmer on the project I have written a most of the game code.

During the project I’ve taken a lot of responsibility, both in managing my own tasks and other’s. I’ve gone through the process of starting a company, which included many discussions, hard choices and compromises. I’ve even managed a group of students from FutureGames that wanted to work on the game in order to make portfolio pieces for themselves.

Making the camera I took inspiration from many 3D games including Zelda, Super Mario 64 and Jak and Daxer. This video by John Nesky, programmer on Journey helped me as well. The camera system is still improving every week and is one of the things I’m most proud of in the whole game.

Create conveyor belt on spline that moves objects that are put on it, scale width, choose between closed or open loop, rotate in all axes.

Code example for turning the time pedestal on and off: 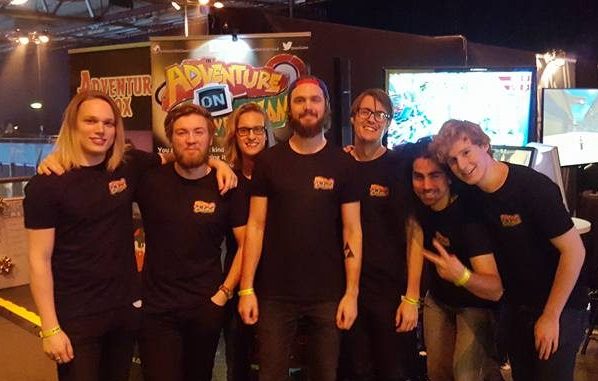 Showcasing the game at DreamHack